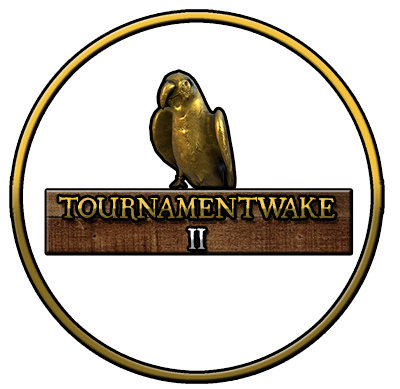 https://www.youtube.com/watch?v=ZjrfECo7MNc&feature=youtu.be
(made by Paren Iz Cursi, captain of RF)

We're looking for an American-timezone caster that can cast the matches on the 6th of April and co-cast on the 13th of April, if you are interested to cast for potentially up to 100 concurrent viewers (last time we got around ~80) refer to the contact information at the bottom of this post.

When will the tournament be played
The tournament will be played over 2 weekends, the 6th of April and the 13th of April. There will be 2 seperate regions that will play on the 6th of april. Depending on your region the start time is UTC 02:00 (For NA/Oceania) and UTC 20:00 (For EU/Russia).

The exact fixtures and match details for the 6th of April will be released one week before the 6th of April when we know exactly which teams will show up, the start time that is mentioned above will not change however.

Rules
2vs2 small ships CTB.
No Barshot
No game breaking exploits
- Hiding in inaccessible parts of the ship
- Sprinting with the booty/having a weapon out with it
- Glitching the booty over the side of the tower
- Glitching through ceilings/roofs
- Intentionally having less players to speed up tasks
- Abusing team switching
- Intentionally teleporting the booty (staying on the rope/sails while ship is sinking)
- Insta releasing grapples

Format
On the 6th of April the teams will play a round robin (everyone plays everyone once) to determine the bracket placements for the second weekend on the 13th of April.

The bracket for the 13th of April will look like this:

Here is a draft of the NA/Oceania league and the EU/Russia league for the 6th of april https://docs.google.com/document/d/1xHGg1HnxGf3nlZyNQP8Cuqd5USuofArqtkH4FQv5SSk/edit

Generally we play these kinds of tournaments with blackwake communities that are known to be able to field teams and show up. Communities that might be participating are:

We've also set up an individual signup! On the competitive discord https://discord.gg/S7cR8Aw .
You'll simply need to go to the #individual-signup channel and post your information and you'll either get picked up by a team or form your own team if there's enough people!

Where can I watch this?
The tournament will be casted live with spectating mode and multiple casters here: https://www.twitch.tv/stackwake
You can also watch the VOD of the previous tournamentwake here https://www.youtube.com/channel/UCKpi0p1oIMOLFjojO6HpJxg

Contact the Organization-team:
If you want your Twitch link added, your community or yourself to sign up for the tournament or if you have any questions about this tournament in general you can ask them here: https://discord.gg/S7cR8Aw

See you on the Seas!
- Tyler & Dakota
Click here for the source of this article RSS Feed